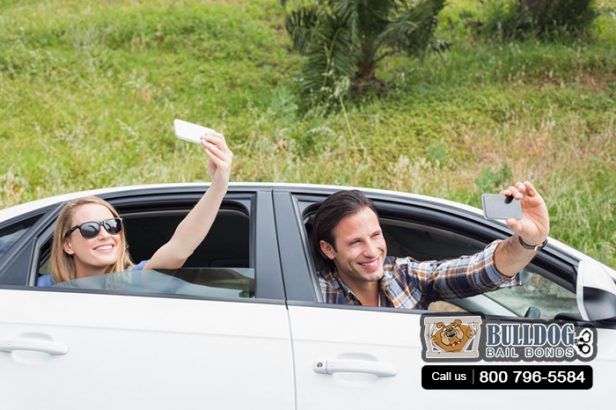 Ever since “selfies” became a thing they’ve succeeded in taking over our lives (at least when it comes to social media). Here in California, “Driving Selfies” have become super popular, as we rank as the state with the most Instagram posts with the hashtag #DrivingSelfies.

Not exactly something to be proud of, especially considering that distracted driving accounted for 3,328 deaths in 2012, according to the CDC. Which is not as many as deaths that are caused by drinking and driving every year, however still way more than should be the case.

Hopefully most out-of-towners and vacationers are aware that it is illegal to be on a cell phone while driving in California, and that they must be using a some sort of a hands-free device at all times.

Whenever you get behind the wheel always remember that not only your life, but the lives of your passengers, as well as the lives of other motorists around you are in your hands. So please be sure to put the cell phone down and devote your full attention to the road in front of you. Don’t be one of the 78,000 people who were ticketed last year for using a cellphone while driving.