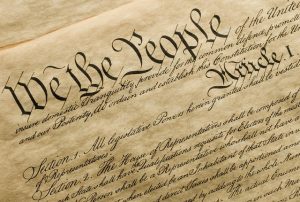 Everyone pretty much knows the 1st amendment covers freedom of speech and the 2nd amendment has to do with the right to bear arms, but how many people could describe what the 8th amendment protects? If you or a loved one are ever arrested, you’ll definitely want to know.

The 8th amendment, included in the Bill of Rights and ratified in 1791, is just as important as the 1st and 2nd, as it states:

“Excessive bail shall not be required, nor excessive fines imposed, nor cruel and unusual punishments inflicted.”

One thing to keep in mind is that what is deemed “excessive” can vary greatly. In some cases $50,000 can be determined to be excessive, as was the case in Stack v. Boyle. In this famous 8th amendment case each of the defendants were given a $50K bail but it was later overturned by the Supreme Court as Chief Justice Vinson stated:

“a defendant’s bail cannot be set higher than an amount that is reasonably likely to ensure the defendant’s presence at the trial.” He concluded by saying that bail had “not been fixed by proper methods in this case.”

In another case that gained quite a bit of notoriety, Robert Durst’s bail was set at $3 Billion Dollars by the state of Texas in 2004. However after review by the Texas Court of Appeals, the courted determined “it could not find a case where bail was set, let alone upheld, at even 1 percent of any of the amounts against the millionaire, regardless of the underlying offense, wealth of the defendant, or any other circumstance“. As a result of this ruling the bail was reduced to $450,000.

So if you, a friend, or family member are ever in the unfortunate situation of being arrested, just remember that excessive bail and fines are illegal and protected by the 8th Amendment to the Constitution.