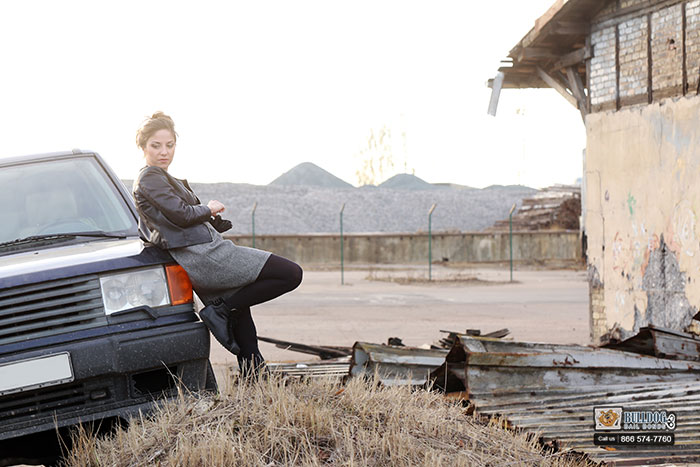 California law states that any “vehicle which has been left unattended, standing, parked upon or within 10 feet of the traveled portion of the highway for more than 48 hours, or a vehicle left standing or parked on private property more than 24 hours or upon other public property for more than 30 days,” is an abandoned vehicle. The same is true of a vehicle that’s been left on the side of the highway for 72 hours and hasn’t been reported by the owner.

If you are the owner of a piece of property that has an abandoned car on it, you’re not allowed to automatically assume ownership of the vehicle. Legally, you’re required to report it. The state will then process the vehicle and ultimately decide what to do with it. In many cases, the state will eventually hold an auction during which you have the opportunity to bid on the vehicle.

Once the vehicle reaches the impound lot, it will be inspected. If any illegal substances are found in the car or if there is evidence that the vehicle was used to commit a crime, the police will launch an investigation that will lead them to the vehicle’s owner.

In some cases, the owners have genuinely decided to abandon the vehicle, but in other situations, they would like to be reunited with their property. If you are the owner of a car that has been impounded and considered an abandoned vehicle, you are allowed to reclaim your vehicle, but it will cost you. You can expect the fee to include whatever the towing charge was, any penalties the department connects to the vehicle, and impound release fees. If you want the vehicle back, you’ll want to act quickly because the impound fees usually increase each day.

If the vehicle isn’t reclaimed, it’s sold at a public auction and the winning bidder gets the title to the vehicle.

If you have to abandon your vehicle for some reason, it’s in your best interest to alert either the owner of the property where the vehicle is parked or the police. Simply letting someone know that you intend to return for the vehicle can save you from the aggravation and expense of trying to reclaim a vehicle that is presumed abandoned.