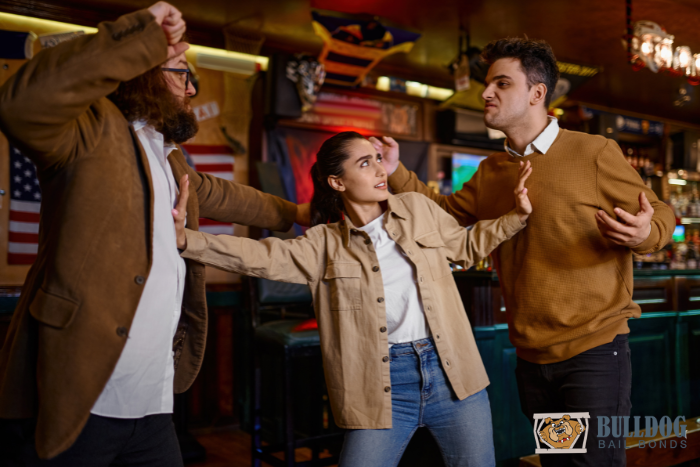 Bail and Assault in California

In California, you can be charged with assault if there is evidence that you “unlawfully attempted to cause harm to another person and could do so.”

Examples of assault in California include:

✦ Getting into a fight with an ex’s new lover

✦ Tripping someone as they walked by

It’s worth noting that if you acted in self-defense, you can’t be charged with assault, though you will have to prove that you didn’t start the fight and that you didn’t use unnecessary force while defending yourself. In California, assault is considered a very serious crime and it has serious consequences. Before bail is set, you’ll have to go o a bail hearing where the judge will look at an assortment of things before determining how much bail is required before you’re released from jail.

The various topics the judge considers when setting bail include:

✦How many current charges you’re facing

✦ How strong your ties are to the community

✦ If you’ve ever failed to appear at a court date

Whether you’ve been charged with a misdemeanor or a felony In San Diego, the bail for an assault charge can range from $1,000-$100,000. In Riverside County, the average bail for assault charges is $20,000. Once bail has been set, you have the option of posting it yourself. If you post the full bail yourself, the court will return the entire amount to you a the conclusion of your case but let’s be honest, few of us have a spare $20,000 laying around that we can afford to be without for the several months it could take to conclude your case.

That’s where Bulldog Bail Bonds in Fresno enters the picture. We will post a bail bond for you. We will do this for a fraction of what you’d have to come up with if you tried to bail yourself out. We only charge a 10% fee. That means if your bail was set at $25,000, we’ll write a bail bond for you for just a $2,500 fee. The fee is ours, and you won’t get it back at the end of your case, but most people feel this is a small price to pay to enjoy some freedom while they wait for the local court system to handle the case.

There are several reasons you should turn to Bulldog Bail Bonds in Fresno for help posting your bail after you’ve been charged with assault in California: 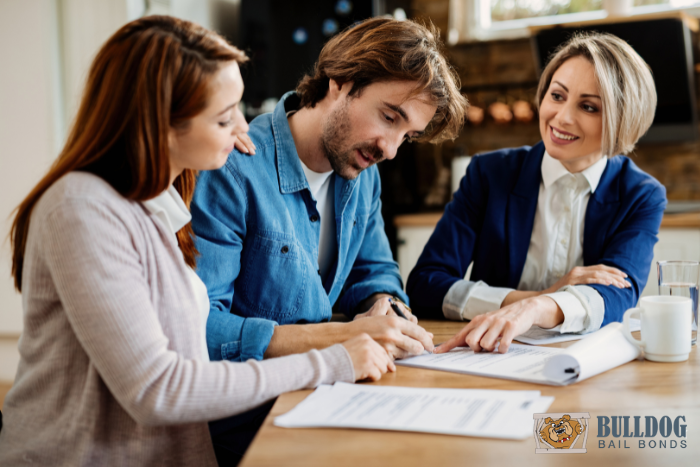 Do I Need a Co-Signer for a California Bail Bond

Hearing how much bail is needed before you’ll be released from jail is often an eye-opening experience. Many people don’t realize just how high judges set bail. Instead of the few thousand dollars, they may have been expecting they are sickened to learn that they need to provide the court with $50,000 before they’ll be released from jail. Hearing the amount is enough to make them think that they’ll lose their home, job, and vehicle before their case is resolved. The good news is that taking advantage of California’s bail bond program and contacting Bulldog Bail Bonds in Fresno about a bail bond is a great way to cover your bail, be released from jail, and keep your life on track.

One of the first questions we’re usually asked when a prospective client contacts us about a bail bond is whether they need to find someone to co-sign for them. The answer is that it depends on your situation. Factors we consider when determining if you should have a co-signer include:

✦ If you’ve ever failed to appear in court

✦ How large a bail bond do you need

✦ If you’re a flight risk

✦ How good your credit is

✦ If you can pay the entire 10% fee or if you need to take advantage of our flexible, zero-interest payment plan

If we look at your situation and determine that you will need a co-signer before we’ll write a bail bond, you want to choose your person with care. To accept someone as your co-signer, they must have:

✦ A history of steady employment

✦ Be able to prove that they’re a responsible adult Most importantly of all, your co-signer must believe in you and be willing to take a gamble that you’ll make all of your court dates and won’t leave them indebted to us.

Make sure the person who is co-signing for your bail bond understands that they:

✅ Are responsible for making sure you attend all your court dates

When you find yourself in need of a bail bond in California, it’s in your best interest to contact Bulldog Bail Bonds in Fresno. You can count on us for:

✅ No collateral is required for working signers

We’re available 24/7 so contact us as soon as you realize that you need help making bail and for answers to any questions you have about using a co-signer.