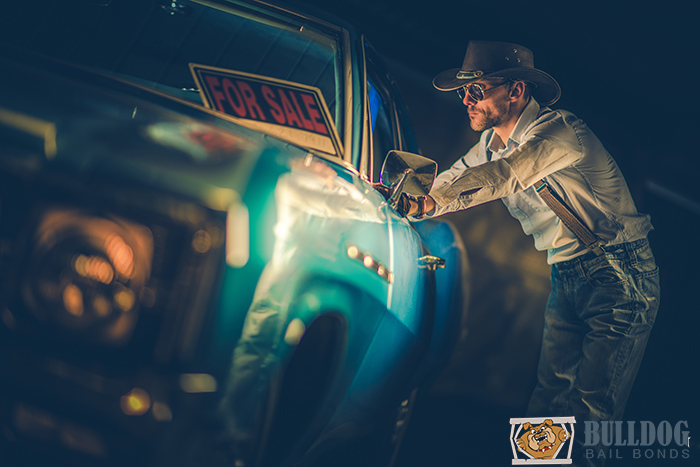 It is possible to be driving around in a stolen car and not know that the car was stolen. If you honestly don’t know that the car was stolen, it’s possible that you could sell it, however, if a case develops around that car and the police find out you were involved, it’s going to be up to you to prove that you didn’t know the car’s history when you sold it.

The best way to make sure you’re not charged with selling a stolen vehicle is carefully researching the vehicle before you purchase it. You should save all of your research steps.

First, create screenshots of the vehicle’s advertisement and save them in a secure location. This proves that when you went to look at the car, you honestly had no reason to suspect that it was stolen.

It’s not enough to simply ask the owner about the vehicle’s history. If they’re selling a stolen car, they will lie. Look a the vehicle’s Vehicle Identification Number (VIN). You’ll often find it near the windshield washer fluid container, on the driver’s door frame, or under the spare tire. Make sure it doesn’t look like the sticker was tampered with. Next, make sure the VIN that’s on the car matches the one that is posted on both the registration and vehicle title.

The final step is running the VIN through the National Insurance Crime Bureau website and making sure it doesn’t ping.

If you’ve done all of that, and the vehicle checked out, you can be reasonably sure that the vehicle wasn’t stolen. If you later learn that the seller had tinkered with the VIN making the vehicle look legit, don’t try to eliminate yourself from the equation by selling the vehicle. It’s in your best interest to take the car and your story to the police and let them decide how to handle the situation.