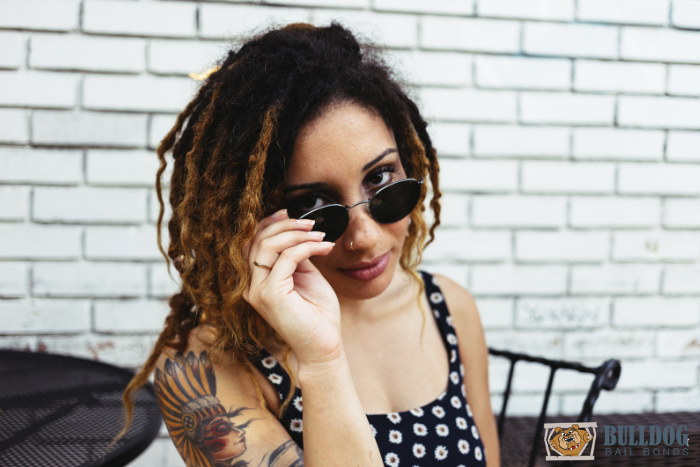 Signs That you Should Avoid a Bail Bonds Company

California’s bail bond industry is just like any other. There are really good companies, and there are companies you’ll regret working with. The good news is that we are familiar with the traits the less desirable bail bond companies possess and are happy to share the information with you so that you don’t make a mistake while trying to secure a bail bond for yourself or a recently arrested loved one.

A Lack of a Verifiable Address

Honestly, if you can’t pinpoint a bail bonds office on Google Maps, you should move on. The lack of address is a major red flag. When a bail bonds agency doesn’t offer anything other than a cell phone, virtual address, and email, it means that they probably aren’t the real deal. The only thing you’ll do by working with them is land yourself directly in the middle of a scam. The experience will cost you money, you’re loved one will spend even more time in jail, and you’ll lose faith in your ability to know which bail bond agencies you can trust and which are merely con jobs.

The Won’t Tell You How Much They Charge

The unwillingness to discuss rates with you generally indicates that you’re about to be conned out of a great deal of money. You should also be suspicious if the agency tells you that their rates are anything other than 10% of the actual amount of bond owed. The industry standard is 10% of the bail bond. More or less, unless it’s a verifiable discount, it is a sure sign that you need to take your business elsewhere.

The inability to reach the bail bonds business 24/7 means a few different things. It could indicate that they simply don’t have the staff needed to write bail bonds 24/7. It could also mean that they aren’t interested in doing a great deal of business. A surprising number of arrests take place in the middle of the night. In order to get the ball rolling on a bail bond, you need to be able to contact them in the middle of the night. The other advantage connected to using a bail bonds agency that’s open 24/7 is that any time you have any questions or concerns about the conditions connected to your bail, you can call the office and get answers. This drastically reduces the chances of you doing something that will get your bail revoked.

Bulldog Bail Bonds in Fresno has been serving California for several decades. Not only do we have a strong understanding of the bail bond process, but we also have a reputation for providing top-quality customer service. We’re open 24/7 and offer free consultations. 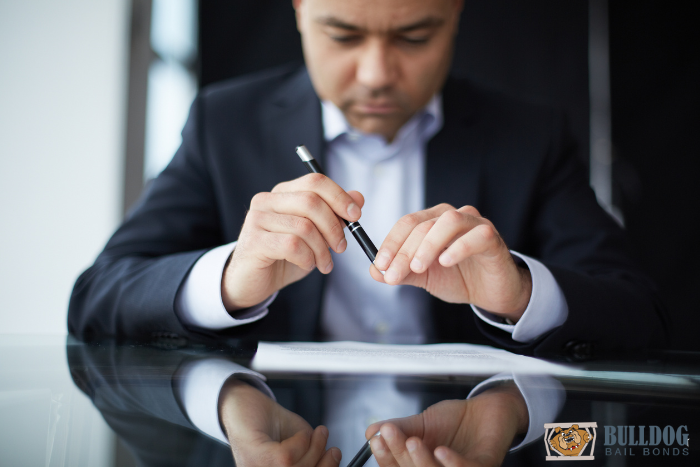 Filling Out the Bail Bonds Contract

Filling out a bail bonds contract isn’t something they teach you how to do when you’re in school. It’s an intimidating deal, partly because it’s a legal document that’s already connected to the judicial system and partly because the recent arrest of a loved one means you’re already stressed and worried about your judgment. The more money that’s involved in the process increases the amount of anxiety the contract triggers. The first thing you need to understand about the bail bonds process is that there’s no time limit attached to it. You are allowed to spend as much time as you need to go over the bail bonds contract. Granted, your loved one will remain incarcerated until the contract is signed and the bail bond posted, but if spending an extra day in jail means that you’re comfortable with the contract, they will probably agree it’s worthwhile. We want you to be comfortable with the contract, which is why we don’t mind if you want to discuss the contract with a lawyer. We also invite you to come to us with any questions you have about the contract. While we’re not willing to amend anything in our current contract, we are happy to answer your questions so that you have a very clear understanding of your responsibilities and financial obligations. Being comfortable with the contract is just the first part of agreeing to be a co-signer for a loved one’s bail bond. The other thing you must understand is the conditions linked to your loved one’s release. It’s important that everyone involved realizes that if a single one of those conditions is ignored or violated, bail will be revoked, and your loved one will go back to jail. There are several reasons why so many people who are in the exact same position as you turn to Bulldog Bail Bonds in Fresno when they need help posting bail for a loved one. Our good communication and willingness to let you take as much time as you need to go over the bail bonds contract is just one of those reasons. Additional things you’ll love about Bulldog Bail Bonds in Fresno include: ✅ /7 Bail bond service ✅ 20% Discount for veterans ✅ Phone/online approvals ✅ Discrete Service ✅ Flexible payment plans ✅ 0% Interest payment plans ✅ No hidden fees ✅ No collateral is required for working signers

Consultations are always free. All you have to do to discuss your loved one’s situation with an experienced bail bonds expert is to click the Chat Now link or call 1-866-574-7760.