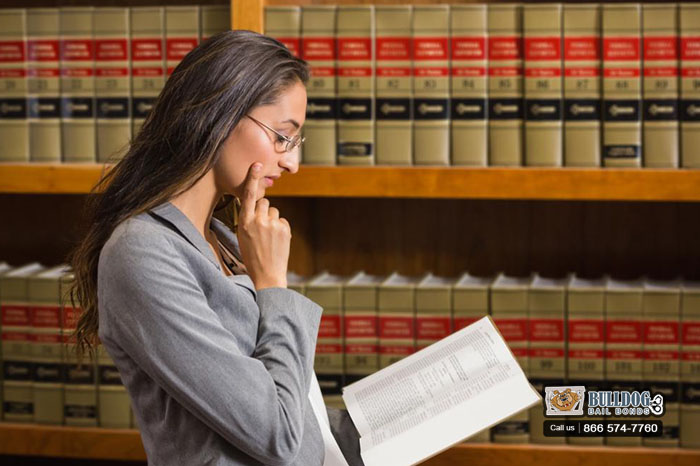 There are a lot of things that aren’t taught in public schools, or at least not taught very well. For instance, who actually learned how to pay their taxes in high school? Another example would be what bail is exactly, and how it works. Most people have no idea, and that works for them. However, thousands of people are arrested every day in California, and that means that roughly thousands of people need to learn about bail on a daily basis.

One aspect of bail that confuses people, is the difference between bail and bail bonds. Most people assumes that these terms can be used interchangeably, but that is not the case. Bail and bail bonds, while related and similar, are two different solutions to the same problem.

When a person is arrested and sent to jail, they are typically assigned a bail amount while they await their trial. If the person pays this amount to the jail, they will be released and free to go home, provided they always show up to their court dates. The bail amount is determined by a judge, and must be paid in full before the person can be released.

Since most people can’t afford to pay several thousand dollars for bail, they choose to get a bail bond instead. With a bail bond, the person pays a bail agent to pay the bail for them. The amount bail agents charge in California, is 10% of the bail that they will be paying. This means that the price of the bail bond is dependent on the price of the bail, which is set by the judge. Aside from being cheaper, bail bonds can also be paid for with payment plans, and only a small portion of the bond needs to be paid for in order for your loved one to be released from jail.

Bail and bail bonds may be related, but they are not the same thing. Bail is what needs to be paid in order for someone to get out of jail. A bail bond is what happens when a person hires a bail agent to pay for the bail for them. Bail bonds are more affordable, flexible payment options for bailing someone out of jail.

If you need to rescue someone from jail, you should get a bail bond from Bulldog Bail Bonds in Modesto by calling 1-866-574-7760 or clicking Chat With Us now.