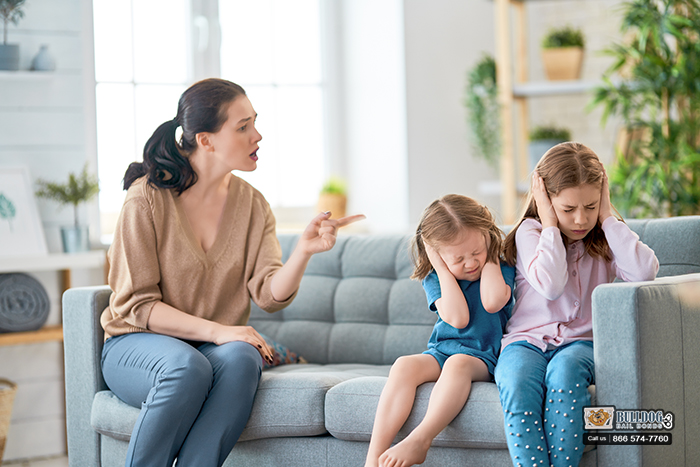 Parenting a child isn’t an easy undertaking and isn’t something that should be stepped into lightly. Sometimes kids misbehave and need to be punished in order to learn that what they did was wrong. However, how a child is punished could get a parent into legal trouble. Most forms of corporal punishment are highly frowned upon.

Hurting a child is known as child abuse. Child abuse can come in many forms and can be severely damaging to a kids mental and physical health. This can affect how the child grows up and what kind of person he or she might become. This is why child abuse is such a big deal, and why it is illegal.

What Is Child Abuse in California?

Child abuse isn’t just a horrible thing to do to a child, it is illegal here in California under Penal Code (PC) 273d, also known as California’s corporal injury on a child law. This law makes it a criminal offense for a person to impose physical injury or cruel punishments onto a child.

Some examples of actions that could be considered child abuse can include, but are not limited to:

This is just a small example of what can count as child abuse. There are several other acts that can fall into this category. Basically anything that hurts a child can be considered child abuse. One of the main exceptions to this law is spanking, as long as it was for punishment and wasn’t excessive.

Is Public Shaming a Good Idea?

Finding a viral picture or video of a child who is being punished for bad behavior online isn’t all that uncommon. The act of publicly shaming a child actually became quite commonplace on the internet. The internet finds it hilarious and many parents think it is a great way to get their kid to behave in a more acceptable manner. However, that isn’t really true.

More often than not, public shaming is an overreaction. On top of that, it is, at its core, bullying. This is worse than other kinds of bullying because it comes from the parent, who is supposed to be a trusted ally of their child. Public shaming can emotionally scar a child for life and permanently damage trust between the kid and their parent.

What’s worse, is that when these incidents are posted online, it means they will never be forgotten. The internet never forgets, even if the original post is deleted. This means that the mistake the child made will follow them around for the rest of their life, making it almost impossible to move on from it.

Depending on the results of the child, a parent could even face charges of child abuse for public shaming.

In the end, there are much better ways to teach a child a lesson without destroying the relationship the parent has with the child.

Child abuse is what is known as a wobbler offense in California. This means that it can be charged as either a misdemeanor or as a felony. How it is charged is dependent on the facts of the case and the accused’s criminal history.

When charged as a misdemeanor, a person faces:

When charged as a felony, a person faces:

Child abuse is a serious offense and is not one to be taken lightly. If a person harms a child, they will face harsh legal consequences. Some people in certain professions are required by California law to report suspected victims of child abuse. These people are classified as mandated reporters. This topic is covered in more detail here.

If a parent is considering using public humiliation as a form of punishment for their child, they should think again. More often than not, that methodology of punishment only makes things worse. In some instances, the shaming has even lead to kids killing themselves. That is a guilt that no parent ever wants to have to live with.

What do you think of California’s child abuse laws? Are the consequences too much, or not enough? What are your thoughts on spanking children and public shaming? Let us know in the comments down below.