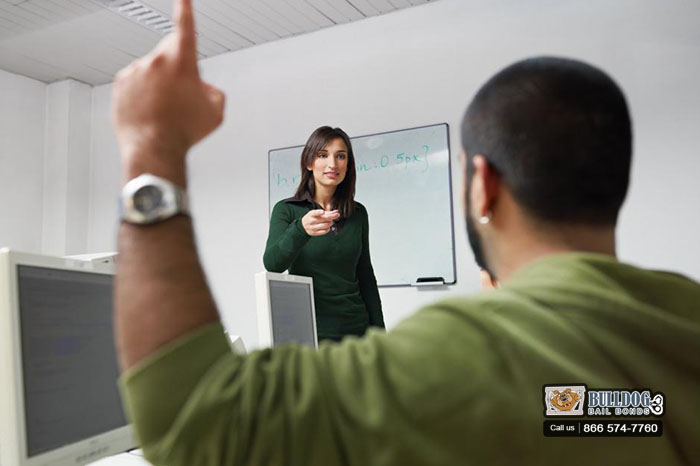 When it comes to bail and bail bonds, people tend to have a lot of questions. For most people, bail is something they’ve never needed to deal with before. It’s also something that they never thought they would need to deal with. It is only natural that they have questions about the process of bailing someone out of jail.

Luckily for them, our agents here at Bulldog Bail Bonds in Fresno are more than capable of answering those questions. They have years of training and experience behind them which allows them to answer all sorts of bail related questions.
• Is there a difference between bail and bail bonds?
Yes, there is. Bail is the amount of money a person needs to pay in order to be released from jail for the remainder of their trial period. A bail bond is the amount of money that a bail bond company needs from their client in order for the company to pay for the bail.
• How much does a bail bond cost?
The cost of a bail bond is dependent on the cost of the bail. This is due to the fact that bail bonds in California cost 10% of the bail that they are paying for.
• Are there discounts if I can’t afford the full price of the bail bond?
Yes, we offer discounts to qualified clients and customized payment plans to all of our clients. To learn more about our different discounts, talk to one of our professional bail agents.
• How much money do I need today?
This varies from case to case and depends on what your loved one’s bail is set at since a bail bond amount is determined off of the price of the bail. With Bulldog Bail Bonds in Fresno, you will not need the full bail amount today since we provide clients with financing options.
• Can you bail out my friend in Nevada?
No. Bulldog Bail Bonds in Fresno is only licensed to bail people out of jail within the state of California. To bail someone out of jail in another state, you will most likely need to contact a bail bond company in that state.
• Do you handle immigration bonds?
No, we do not. Handling immigration bonds requires a different kind of license through the federal government.

If you have any other questions about the bail bond process, you can definitely ask our bail agents. They are available 24 hours a day, 7 days a week to provide assistance to anyone who needs it.