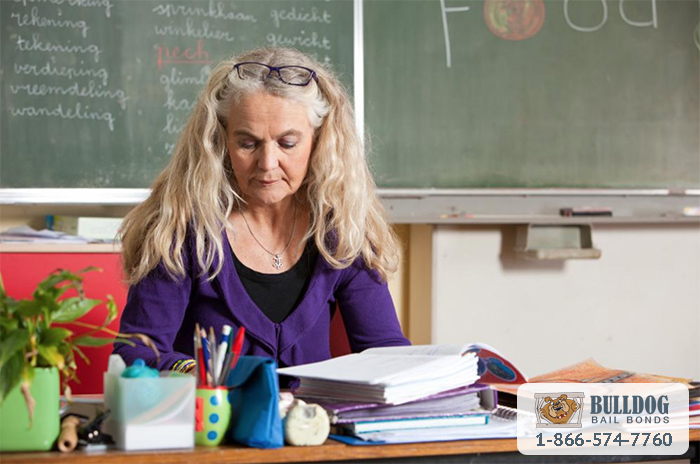 Teachers arguably have one of the most important jobs out there. Without teachers, knowledge wouldn’t be shared and kids would likely become adults without having enough knowledge to get very far. Unfortunately, despite their importance, teachers are often notoriously under paid. They are often so underpaid, that most TV shows will make a joke about it at some point.

Given that so many jokes are made about how much teachers are paid, no one is ever really surprised to hear the exact number. Everyone just expects it to be low. However, recently a California state law regarding teacher pay came into the spotlight. So few people know about this law that they might assume it’s new, but it has actually been around for quite some time. Regardless of its age, the recent surfacing of this law is causing quite an understandable outrage.

California Teachers Have to Pay for Substitutes

Back in the 1970’s, California lawmakers passed a law about teachers who have taken too many sick days during a school year. If a teacher takes more than their allotted sick days in a given year, their pay will be deducted in order to pay for the required substitute teacher.

Teachers receive salary pay, meaning they get paid a set amount each month, regardless of how many days they actually work. This law was likely inspired by the idea that, since the teacher isn’t actually working those extra sick days, then they shouldn’t be getting paid the whole amount. The law makes sense in that regard, since the same would be true for anyone who gets paid by the hour.

However, this law does not consider the fact that, if teachers are taking extended sick days, they may be facing some severe hardships. This is exactly what is happening to one second-grade, San Francisco teacher, which is what brought this old law into the light.

The Case That Brought the Law to Everyone’s Attention

One second-grade teacher in San Francisco is currently dealing with this law as best as she can. She is currently battling breast cancer and has used up her allotted sick days for the year. Due to this fact, her pay is deducted and used to pay for the substitute for her class. When parents learned about this, they were understandably upset.

Aside from bringing the plight of this teacher to light, student parents have also setup a GoFundMe. The GoFundMe organizers describe the teacher as a professional who is dedicated to her students. They say that a few days after her surgery, she wrote 22 notes, one for each of her students, telling them “she missed them dearly and encouraging them to keep working hard.”

The fundraiser received an outpouring of donations and has since stopped accepting donations after reaching its $10,000 goal.

Teachers are incredibly important, and their jobs are not easy. Ask any parent about how tough it can be somedays to watch their own kids, then consider how many kids a teacher has to not only watch, but educate, for several hours five days a week. That is no easy task, and should earn a person a whole lot more than what teachers are currently making.

This old law of California’s regarding teachers paying for their own substitutes is not fair to the teachers, especially when they are facing hardships. They often need the money they earn to get by, and asking them to pay for a substitute while already dealing with incredibly expensive hospital bills is ridiculous.

Luckily, some California lawmakers are taking note of this, and looking into the matter. It may be that this law could be on its way out very soon.

What do you think of California’s law about teachers paying for their own subs? Is it reasonable, or unfair?